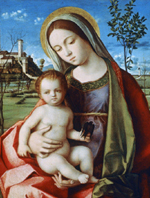 This cross-cultural, cross-temporal exhibition encompasses the various roles women have played in religion as reflected in visual culture from antiquity to the present. Artworks represent the ancient Mediterranean (Near Eastern, Egyptian, Greek, Roman, Early Christian/Byzantine), western Europe from medieval to present, the Americas, and the non-western world of Africa and Asia. A wide range of media will also be represented, including bronze, stone, wood, and terracotta sculpture, painting, and textiles. 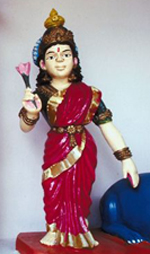 Kathy Gaca, associate professor of Classics, Vanderbilt University
Antipathy toward pagan goddesses by the early church; supplantation with the cult of the Virgin

Cathleen Fleck, lecturer in the Jewish, Islamic and Near Eastern Studies Program, Washington University in St. Louis
Jerusalem through the eyes of a 13th-century female pilgrim

Hosted by the MU Museum of Art and Archaeology with co-sponsorship from the Center on Religion & the Professions and other campus organizations. For additional information, see http://maa.missouri.edu/