“The Looming Collapse of the American Empire”

A public lecture by Christopher Hedges 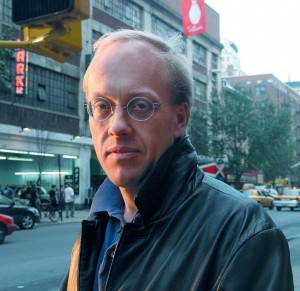 Christopher Hedges is a journalist and author specializing in American and Middle Eastern politics. He was a foreign correspondent for 20 years in Central America, Africa, and the Balkans, including seven years in the Middle East as bureau chief for The New York Times. He speaks Arabic.

In 2002 Hedges received the Amnesty International Global Award for Human Rights Journalism and was part of a team that won the Pulitzer Prize for The New York Times’ coverage of global terrorism. He has written several books. including War is a Force that Gives Us Meaning, the bestselling American Fascists: The Christian Right and the War on America, and his most recent, I Don’t Believe in Atheists. A book signing follows. For information, call (573) 882-9720.

Sponsored by the Peace Studies Program, College of Arts and Science, and Center on Religion & the Professions. Free and open to the public.