April 23, 2009 – Debra L. Mason, director of the Center on Religion & the Professions, has launched a new blog on religion and the news. Recent posts feature topics such as religion and Facebook, media access to federal faith-based initiative leaders, and President Obama’s biblical literacy.

Mason is executive director of the Religion Newswriters Association and is a professor of journalism studies at the University of Missouri School of Journalism. She is a nationally recognized, award-winning and widely published specialist in religion journalism and has more than 25 years of professional reporting, research and teaching experience.

News, Research, Calls for Papers and Events from the University of Missouri’s Center on Religion & the Professions (CORP)
March 17, 2009

April 7 Lecture and Book Signing: “Losing My Religion” by William Lobdell, former Los Angeles Times reporter and editor. Lobdell covered religion at the Times for eight years, reporting on such stories as the Roman Catholic clergy abuse crisis. In 2007, he wrote a column revealing that his experience with religion as a journalist caused him to lose his Christian faith. His memoir, “Losing My Religion: How I Lost My Faith Reporting on Religion in America – and Found Unexpected Peace,” was published in 2009. Free. Fred W. Smith Forum, Reynolds Journalism Institute, Missouri School of Journalism, 7-9 p.m.

April 11 Conversation: “Prayer and Your Profession.” Do you pray at work? Hear from those for whom prayer is part of daily practice, including in their professions. Find out what it means for them to be able to pray at work and how it relates to their professions. Free. Part of the “Sects and the City: Coffee and Conversation on the Intersection of Faith and Life” series. The Cherry Street Artisan, 111 S. 9th St., Columbia, 11 a.m.-noon.

CORP NEWS
Director Interviewed: CORP Director Debra L. Mason was interviewed about technology use by churches for an article, “PTL*: Praise the Lord, Local church invites prayer requests via text message,” in the Columbia Daily Tribune on March 7, 2009. Mason provided information about the role of technology in churches and faith outreach, types of technology and trends.

New Resources Online: CORP has added new resources to its Web site, including links to codes of ethics and conduct for 41 disciplines taught at MU; and to more than 60 religious organizations at MU. The Web site now also includes a newly launched feature on ways to donate to the Center.

New Course: CORP and affiliates have developed a new course, “Religious Literacy for the Public and Professions” (Religious Studies 3100) that will be taught online in Summer 2009 through MU Extension’s Center for Distance and Independent Learning. The course provides practical knowledge about religion as it is encountered in the professional world in a pluralistic society. For information, call 882-9257.

April 8 Film: “For the Bible Tells Me So,” an exploration of how people and families of faith address having a gay child. Sponsored by the MSA/GPC Films Committee. Free. Wrench Auditorium, South Memorial Union, 8 p.m.

April 14 Dinner: Social Justice Seder, an interfaith event honoring the Jewish liberation story of Passover and celebrating struggles for freedom. The meal is kosher for Passover and is vegetarian. Free and open to the public. Sponsored by the MU Women’s Center, Hillel, the Jewish Student Organization, the Multicultural Center, and the LGBT Resource Center. For more information, contact Struby at strublem@missouri.edu or (573) 882-6549. Location to be announced, 6 p.m.

April 20 Lecture: “Muslims and the Secular State: Dynamics of Majority/Minority Situations” by Abdullahi An-Naim, director of the Religion and Human Rights Program of Emory University School of Law’s Law and Religion Program. An-Naim, who is from Sudan, is an internationally recognized scholar on Islam and human rights, religion and human rights, Islamic law and criminal law. Sponsored by the MU Department of Religious Studies. 114 MU Physics Building, 7 p.m.

CALLS FOR PAPERS
March 31 Deadline: Nida School for Translation Studies, a program of the E.A. Nida Institute for Biblical Scholarship at the American Bible Society, aimed at supporting advanced training and research into translation studies. Theme is “Translation and Culture.” Conference to be held Sept. 7-9, 2009, in Rimini, Italy. For details, visit http://www.nidainstitute.org/TheNidaSchool/NidaSchool2009.dsp .

RELIGION IN THE NEWS
Read what’s in the news about religion this week on CORP’s home page.

This event is organized by the University of Missouri Dialogue Club (MUDC). MUDC is an MU-recognized student organization established with the goal of promoting dialogue, tolerance, and understanding among students of diverse faiths and cultures. For more information, see http://students.missouri.edu/~mudc/.

Hors d’oeuvres and refreshments will be served.

The presentation will highlight, through examples, the importance of interfaith and intercultural dialogue in bridging the gap that exists when we focus on differences. It will demonstrate how our actions could translate into an embracing of each other on the day-to-day level, regardless of those apparent differences.

Lecturer’s bio:
Sawah is associate professor of physics at Moberly Area Community College and she chairs its Global Education Committee. In the summer of 2007, she was the coordinator for a Fulbright-Hays Group Project Abroad to Syria, which was to provide the participants with an experiential exposure to religious pluralism in Syria. The program included meeting the world’s first Syriac Patriarch, the Grand Mufti of Syria, the leaders of the Syrian-Jewish community in Damascus, and visits to several ancient Muslim, Christian, and Jewish holy sites.

Sawah has been presenting on Religious Pluralism in Syria, as well as other topics, at national conferences such as the MidWest Institute for International and Intercultural Education, in addition to many college campuses and civic institutions around the country.

ch 7, 2009 – CORP Director Debra L. Mason was interviewed about technology use by churches for an article, “PTL*: Praise the Lord, Local church invites prayer requests via text message,” appearing in the Columbia Daily Tribune on March 7, 2009.

“I think faith communities need to use whatever technology exists to communicate with their parishioners,” said Debra Mason, director of the Center on Religion and the Professions. “As they try to engage younger churchgoers, they need to be on the technology that those churchgoers are using. And that means text messaging, Facebook or Twitter.” 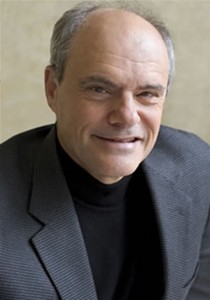 For more information about Dr. Stein, see www.ismi.emory.edu or contact Yossi Feintuch, rabbi of Congregation Beth Shalom in Columbia at (573) 499-4855 or feintuchy@missouri.edu. Professor Stein was Feintuch’s doctoral adviser in U.S. Middle Eastern policy at Emory and guided him toward publishing his dissertation, “U.S. Policy on Jerusalem,” a copy of which is available at the University of Missouri Ellis Library. Feintuch is a lecturer in the Department of Religious Studies at University of Missouri.

UPDATE: Read article in the Columbia Missourian, May 1, 2009

red the religion beat for the The Los Angeles Times for eight years, first as a columnist and then as a religion beat reporter. He earned several national awards for his work. As a reporter, Lobdell covered the Catholic clergy abuse crisis and televangelist financial malfeasance, among other stories. In 2007, Lobdell published a column in the Times revealing that what he saw and experienced covering religion – and its failures – had caused him to lose his own Christian faith.

Lobdell asked for a new beat at the newspaper and became an editor in 2006. He left the paper in 2008. His memoir, “Losing My Religion: How I Lost My Faith Reporting on Religion in America — and Found Unexpected Peace,” was published in 2009. Lobdell also is a blogger, author and has been a guest lecturer for 12 years at the University of California, Irvine, where he teaches “Religion and the Media,” “Politics and the American Media” and “Blogs an 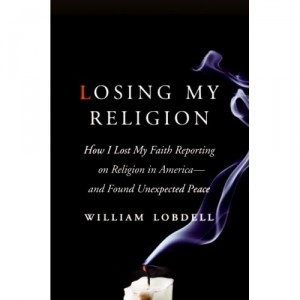 d the Media.” Copies of Lobdell’s book will be available for sale and signing at the event.

Sponsored by the Center on Religion & the Professions. Free.

Lecture: Jonathan Schell, 2005 Distinguished Visiting Fellow at the Yale Center for the Study of Gl

obalization, speaks on “The New Shape of Nuclear Danger.”

Former writer for The New Yorker, Newsday, New York Newsday and The Nation, Schell authored numerous books, including “The Fate of the Earth,” which was nominated for the Pulitzer Prize.

Schell has taught at Emory, Princeton, New York and Wesleyan universities. He now writes and speaks on the nuclear issue. Sponsored by MU Peace Studies Program and the Center on Religion & the Professions.

This documentary offers an intimate look at the lives and work of three American women – a Buddhist, a Hindu, and a Muslim – for whom faith, activism, and identity are deeply intertwined. Shamita Das Dasgupta uses strong female figures in Hindu myth to provide encouragement to battered women to leave abusive husbands. Laila Al-Marayati illustrates how the Muslim principle of “zakat” served as the inspiration for the first free clinic in South Central Los Angeles. Mushim Ikeda-Nash integrates the experiences of women into the American Buddhist practice. The film offers insight into thought and action being created by women activists of various religious and cultural traditions in the United States. (2005)

Discussion led by Dr. Guy McCormack, clinical professor and chair of the Department of Occupational Therapy in the MU School of Health Professions. Free refreshments courtesy of DAYS INN/TRAVELODGE.

Part of the “Spirituality & Health” film series sponsored by the MU Center on Religion & the Professions. Free.

Sponsored by the Center on Religion & the Professions